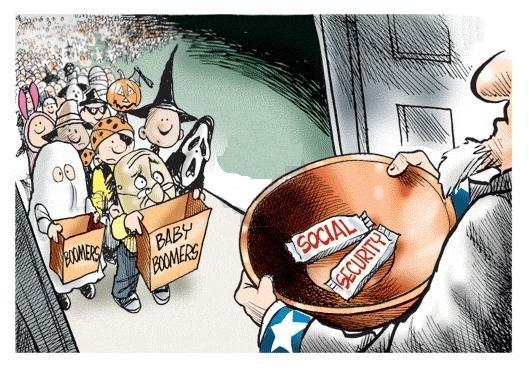 THE TEACHER'S INBOX Please keep religious posts limited Please don't throw in religious ideas in places where they appear to be almost completely irrelevant. If you wish to press your views, you may... Decius 10:31pm 09/28/09 Excuse me just for a moment. Just because you refuse to see the relevance of my conversation. Does not make it irrelevant. It just makes you narrow minded. You belong to the church of VHEMT and you don't want to be challenged by Gods view of things. Why is it when I speak of God and God's view of things you want to refer me to the religious section? Religion is made up of the concepts of men. I am totally against all religion. God has nothing at all to do with religion. Religion is created by mans total misconception of God. Why do you tell me my comment about VHEMT Is irrelevant to your discussion? My point was, according to the prophesies, there will soon be enough death and destruction in the world to greatly reduce the worlds population. The prophesy concerning the final war alone, speaks of the destruction of one third of the world. So! What part of my comment is irrelevant? Just because I speak of prophesy and God, you want to label my comment religious and irrelevant and toss it in a box with the rest of the religious imaginatives. It's the same as mentioning God with science, and trying to add God to their equations. Then I become another religious fanatic, that only believes fairy tails, and knows nothing about science. Sorry that's probably what you think too.

about it again in this thread lmfao,,,,,, The Teeacher

Dog Soldier is new to Captain Cynic and has less than 15 posts. New members have certain restrictions and must fill in CAPTCHAs to use various parts of the site. 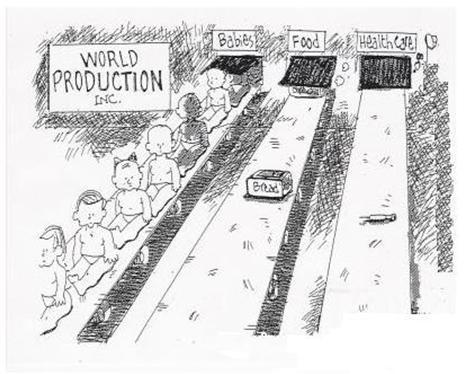 | Permalink
"Are You in Harmony with Nature?"

Genetics is new to Captain Cynic and has less than 15 posts. New members have certain restrictions and must fill in CAPTCHAs to use various parts of the site. 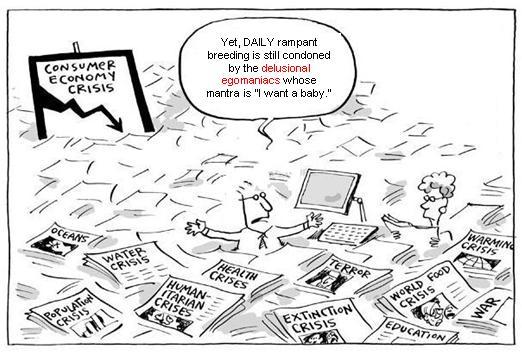 | Permalink
"Your mind has a limited amount of rooms, don’t store nonsense."

World over population is just a myth. Look at a map and you will notice the vast amount of land that there is compared to the size of a human being and its population.

A CTL of 1 means that Chained Wings is a contributing member of Captain Cynic.

I don't totally adhere to Vehmts ideology. But I want to stop you right there with your suppositions and half thought out statements. Since I think the last thing we need is people to think there is not a global population crisis. Yes look at a map. And look at the populations on it. But what you are failing to take into account, is that the land mass that is actually sustainable for humans to live on is only a mere fraction of the land mass your actually looking at. Furthermore, the resources on the map are not magically inexhaustible. The fact there are constant daily conflicts throughout the world over the "haves" and "have nots" shows that if there was enough to go round, people would focus more on gathering those resources, instead of going to war on those who have them. Why risk your freedom or even your life trying to take what others have if there is plenty of it already on the land you live on?

| Permalink
"When I was a child I flew! Then as an adult- I watched others soar."

I see what you mean, but I just feel that human beings are using most of the worlds resources to feed their own egos. It seems to me the body can get by on less resources than the ego.

The members must really be peeved at the Duggars if the goal is to limit 'breeding' to a few prescreened selected individuals. Would the selected be brought to a breeding area or inseminated like horses and cattle? Who would be the ruling caste of a new world order? Complete democracy is mainly an illusion since the base human desires eventually find a way through. I applaud efforts to improve life and the environment but this is too extreme for me. For others it may be the greatest truth and solution discovered since the invention of the wheel. Just don't expect everyone to agree and don't call others ignorant or unelightened for refusing to bow down to your ideals and beliefs. One man's enlightenment is another man's chains.

TO: 'Squarepants' It's obvious that you didn't read my previous posts or research (hours – not minutes) the VHEMT web site. And, your two statements* are illogical – which is due to your ignorance about numerous subjects (i.e. sociocybernetics, genetics, psychology, biology, sociology, and so on). *Post Date: October 9, 2009 SUMMARY It's unfortunate for you, me, and the World that you choose to be ignorant about the required subject knowledge.          'Time is the coin of life, be wise how you spend it, or others will spend it for you.' You stand on one side of the fence, and I stand on the other – 'We agree, to disagree.'

To Wooly Bully You proved my point about the members not agreeing with the Duggars (and I never said that I agreed with the belief system of having as many kids as you want-so you can get down from that particular highhorse) by your extremely long and redundant post. redundant because you say the same things in evey post when someone disagrees with you. Let me let you in on a secret: wikipedia is not even allowed in most college papeers as reliable sources of information. You might want to consider different sources for your facts. And yes, I do what I am talking about since I haave completed a Bachelors Degree in Social Science and I am currently working on a Masters Degree in Special Education. "So be it, then you'll continue to wallow in the current situation of immoral rampant breeding. For how long? Mankind's rate of population growth is creating an extinction level event. " Many of my words upset you ,and that is understandable since you felt your belief system was questioned. But do not presume do think that you are above myself or anyone else on this board. If you cannot handle differences of opinion without attacking people then you should not be on an open forum. I would rather "wallow", as you put it, then to be grouped with fatalistic, homosapien-genecide promoting, elitist, narcissistic people like you who believe that only certain humans have value. And for another thing--being highly eucated does not exempt people from mental illnesses such as anti-social behavior, abusive and controlling behavior, psycopathic behavior and thinking, schizophrenia and many others. Humans have not even located the genetics or natural triggers for many mental illnesses, and that is a fact. Unless you are willing to answer questions in a straight forward manner rather than twist words to suit your purpose and use dubious sources to state 'facts' then a debate with you is a waste of time.