Noting a television series 'The Universe'

Yea, kind of a stumbling block understand how the building blocks of our reality conform to those presented by science & mathematics . .

Ah, not only can the atomos exist but also ,yes, it does exist . . . at that level. But then quantum of the shell theory states that not only that they exist but that they coexist? Although matter has many forms exist . . . or rather they exist relative to each other? Thing is the atomos theory is at the end of the cutting processing, what do you find: another particle (s)?

The principle is to say finite rather than the ad infinitum (sp) promoted by modern science. 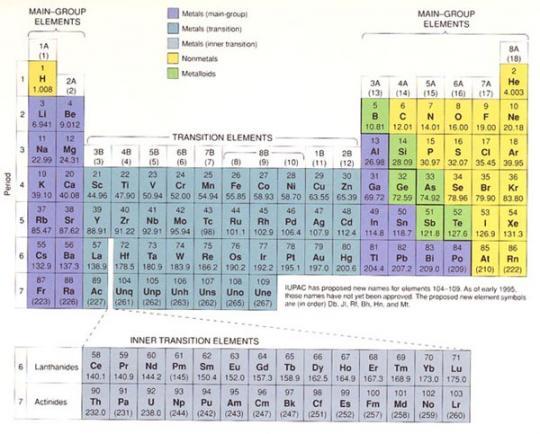 First of the filling order of shell theory requires a central formation to exist a filled 1S orbital is the point upon which atoms spin, all other orbitals are formed around the nuclear center of individual atoms. The 2s/2P shell is the next extension into *'Our Space'; we should take note that as we progress tend to increase at regular intervals. For a heavy nucleus to separate into two separate particles then each of these created particles must conform in its atomic structure which extends that it must conform to the electron configuration as well. Therfore it needs a filled 1S orbital at its lowest (closest) level!

Note then that the primary level of the periodic chart is filled when the extention of 2-dimensional particles found (exist) in a 3-dimensional matrix => the exterior filling aspect. Relatity speaking that existance in 3-dimensions would extend the existence in 2-dimensions . . .

thus we use 2-dimensional product (solution for motion) then solve the equation in 3-dimensions by using the 3rd dimension (formed by product the solution in 2-dimensions) .


| Permalink
"Terrorist or tyrant, few may come to the Truth that both are poor choice."

"Get Real,Dude" or get strait . . what just because helium 1S filled orbital is classified as an 'inert gas' makes it the extention of 2-dimension particles in 3-dimensions . . yea, right

Oh, I get it, this is science fiction right . . . So the tardis, being multi-dimensional was made of matter that exist beyond 'our' 3-dimensional reality thus the call box being made of ths stuff of 3-dimensions would appear but the rest of the ship existed beyond that & therefore it was larger inside than it's 3-dimensional box, right! 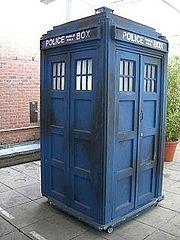 Well speaking of science fiction, "what is dark matter?"

What if matter exist beyond our 3-dimensions? Theory of Relativity it would also exist relative to our (four dimensional)existence but then where is it?

First let's say that dimensions exist beyond our 3-dimensional aspect then there would exist a 5-dimensional matrix & in that matrix then the Perodic Chart (list of elemernts) would formulate where the inert gases would fall inline with the filled 5th order or what we (science calls D orbitals)? Then noting that as increasing elements tend to be those more actively radioactive then their existence in our dimension would exist in things like our sun & perhaps in the interior of planets with molten cores (like the earth)? Of course, these heavier elements tend to contain large quantities of neutrons thus concentrations of these elements tend to give them a higher than normal density => dark matter. 0r Parallel dimensions: If diensions existed beyond our 3-D, then would not they also form as lower elements? Then where are they? maybe they are right in front of our noses'? What if electrons & protons of our elemental form exist in our space but neutrons' electrons & protons exist (configuration) in space (dimensions) other than our 3-D space? Fiction or Scientific Theory?

Yes, but then one of the main aspects of Einstein's theories is that to approach the speed of light would result in the dilation of space => reducing the volume into a electromagnetic wave

A CTL of 1 means that pupa ria is a contributing member of Captain Cynic.

i know my post would come out of the blue moon but i always felt that there is this hidden dimension in the world that we see. a dimension of symbols and even a matrix...a reality within a reality. does this any way relate one way or another to what you guys are talking about? i'm not good with numbers, i'm in denial of them. help?!

| Permalink
"I'm the mirror that will make you invisible"

In theory the short answer is affirmative . . . the long form of it may be more than you wish to see so I will leave it at this point. Although it may become evident later.

i know my post would come out of the blue moon but i always felt that there is this hidden dimension in the world that we see. a dimension of symbols and even a matrix...a reality within a reality. does this any way relate one way or another to what you guys are talking about?

What is being related is the view that the component part (particles) of matter (ie; electrons protons & neutrons) have a directional component that can be correlated to the dimensional axis {reference point of the existence of particles of matter}. Which is basically what academic science tends to do. They want to turn a blind eye upon those implications that which does not offend their (your) sensibility. 1) In general we can accept the idea that matter exist as miniaturist particle systems therefore our conception of solid matter is based on the aspect that these MPS exhibit a negative field effect {chemistry is based upon the interaction of electrons in orbital configuration}. 2) It is the accumulative effect of these MPS that give rise to physical qualities of our conception of reality. 3) Oh, least we forget "This extends the exist of the positive field & the neutral core at the center . . (charge) and the electron particle mass as an inertial mass revolving around a central inertial core

| Permalink
"Terrorist or tyrant, few may come to the Truth that both are poor choice."
[  Edited by cturtle at   ]

Where are We again . . let us see we 'carbon-based life-form' which is a couple of levels up in that we are composed of atoms, actually 'molecules' => 'macromolecules' based on DNA which seems to manifest our particular, particulate individual human form.

just turn right after you pass the single cell pavilion

So then atoms & molecules form a projected image oflife as we comprehend it . . . just as it is written in ancient text. Strange coincedences, random chance that as mankind comes to (understand) science tends to agree in principles with the bible

A CTL of 1 means that James008 is a contributing member of Captain Cynic.

maybe everything has unlimited demensions inside of it and the universe might have unlimited demenstions and the universe might also be a dulusion that we live in or we might be the delustion to the universe. my piont being the universe is a complex thing which is not constant and no one can say there is for sure a dimension or 3 or 4 or what ever because they constantly change. it is like a quantum bits or q bits which can be a 0 and a 1 at the same time and maybe just maybe the universe exist while you are observing it but as soon as you try to explain its origin it becomes a zero so it can existed and at the same time not exist. it might sound like fucked up shit but the complexity of one thing far exceeds the complexity of the universe so you will never be able to determine something for sure. so good luck because this is some complex shit!!!

| Permalink
"Life is interesting but the universe rules."